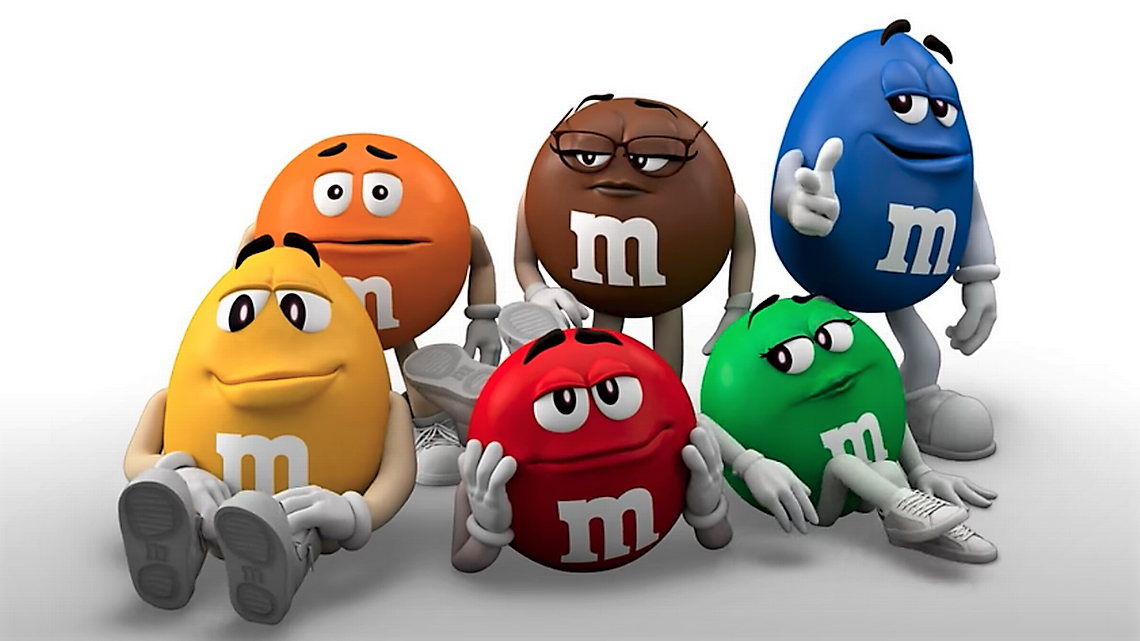 As a leading digital marketing agency in Los Angeles, we keep a keen eye on makeovers by national brands. Recently candy maker Mars Wrigley gave a modern makeover to its popular M&M’s characters as a way to be more progressive, and lets face it, increase sales. No decisions are made at this level without a keen eye on revenue.

Mars said that they wanted to portray a modern image for the six M&M characters, called lentils, and give them updated personalities. The lentils, which are featured in green, orange, red, yellow, brown and blue, will also come in different shapes and sizes.

We all love a game of Eye Spy, so how many differences can you spot in the characters?

We can pause here while you spy.

Explanation of changes below.

Some of the changes to the M&M characters include making two of them less stereotypically feminine. In the new version, the green M&M ditches her high-heeled boots in favor of what look like Stan Smith tennis shoes. The brown M&M no longer wears stilettos, opting instead for lower heel pumps.

“Our ambition is to upend the expected, break through barriers, and discover the little joys shared in everyday life. Imagine a world with less judgement & more connection & laughter,” Mars stated on its website.

The other M&M characters also got slight personality updates. The orange M&M, who has an anxious personality, will “embrace his true self & worries”. But the orange M&M’s shoe laces will now be tied to represent his cautious nature. According to Mars, the orange M&M is “one of the most relatable characters with Gen-Z,” which is the “most anxious generation.”

The red M&M, who has shown bully tendencies in the past, will be more kind to his co-characters. Mars, whose brands also include Twix and Skittles, said that it will also emphasize the ampersand in the M&M’s logo to demonstrate how the brand aims to bring people together.

The move toward inclusivity and embracing individual differences comes at a time when consumers are growing increasingly keen to how products are marketed to them. Mars Wrigley is aware of this, having had to change the name of its Uncle Ben’s rice brand to Ben’s Original in 2020 due to criticism.

As a marketing agency I think the changes were done well and is probably a good move by Mars. I don’t believe they went too far, as some of the “woke” criticisms suggest. It’s just candy, open the bag and eat them. There are enough real worries in the world without creating one here.

I do wonder how long it would have taken for all the critics to notice these changes. My guess is years. One thing is for sure in that we are all going to miss the eye candy that Miss Green M&M portrayed in her sexy boots. After all, arent sexy people a (big) part of society & culture too? 🙂

Why You Can’t Trust Agencies That Guarantee SEO Results